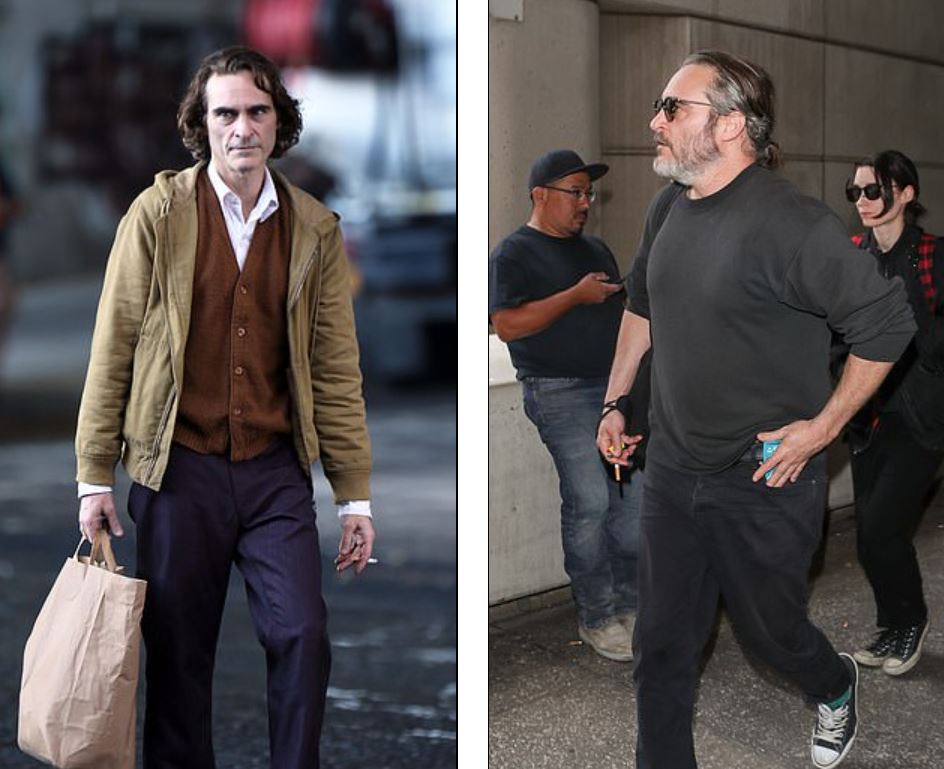 He shed an incredible 52 pounds for his role in Joker.
And Joaquin Phoenix has now revealed he developed a 'disorder' and became 'obsessed' with his new weight - even scrutinizing daily differences such as 0.3 pounds.
The 44-year-old spoke to the Associated Press on Monday where he also dished about the positive changes he noticed when he dropped the weight.
'Once you reach the target weight, everything changes,' he began.
'Like so much of what's difficult is waking up every day and being obsessed over like 0.3 pounds. Right? And you really develop like a disorder. I mean, it's wild.'
He continued to explain that while he had anticipated he would feel someone hormonal and hungry, he didn't expect greater physical abilities which helped with his character.
'I think the interesting thing for me is what I had expected and anticipated with the weight loss was these feelings of dissatisfaction, hunger, a certain kind of vulnerability and a weakness,' he added.
'But what I didn't anticipate was this feeling of kind of fluidity that I felt physically.'
'I felt like I could move my body in ways that I hadn't been able to before. And I think that really lent itself to some of the physical movement that started to emerge as an important part of the character.'
Joaquin recently told Access Hollywood the weightloss wasn't through starvation and eating just an apple a day.
'It wasn't an apple a day. No, you've also got lettuce and steamed green beans,' he joked.
The Golden Globe-winner and three-time Oscar nominee made sure he lost the weight in a safe and manageable way.
'It’s something I’ve done before and you work with a doctor regimented and overseen and safe," he shared.
However, director Todd Phillips didn't appear to help Joaquin on his weight loss journey, leaving salty snacks lying around.
'Todd did have these f**king pretzels that I love,' the actor recalled.
'And he’d just have bags of them in his office! And that was difficult.'