She is probably one of my best friends: Antonio Banderas on ex-wife Melanie 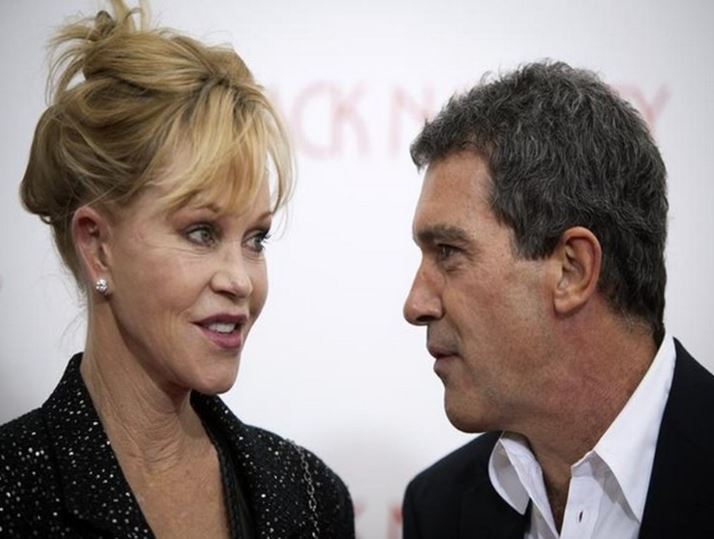 Nearly four years after they ended their 18-year marriage, actor Antonio Banderas still calls ex-wife Melanie Griffith his "best friend". "She is probably one of my best friends, if not the best friend that I have. My family is there, Dakota [Johnson], Little Estella and Alexander," Fox News quoted the actor as saying in an interview with Vulture.
Banderas also recalled the first time when he saw the movie star Griffith at the 1989 Oscars. "The first time I went to the Academy Awards after [director Pedro Almodovar] got a nomination for 'Women on the Verge of a Nervous Breakdown,' we got on the red carpet and I saw this blond woman and I knew her because I saw movies of her, but I didn't remember [her name] at the time," he said.
"So I said to Pedro: 'Who is she? Who is she? What is her name?' Pedro said, 'That's Melanie Griffith!' I said: 'That's it. Oh my God.' Six years later, I was married to her," the 59-year old said. The pair walked down the aisle in 1996 and parted ways in 2015 after Griffith filed for divorce in the preceding year.
"Everything happened in those years really fast. My life was fast and fascinating if I actually see it in retrospective. I remember those years as very effervescent and really beautiful," the actor added as he took a trip down the memory lane. Griffith who had married three men opened up about her relationship with the exes in an interview with InStyle in 2018 and said, "All of my husbands, my three husbands -- I love them all so much, and we're all very close."