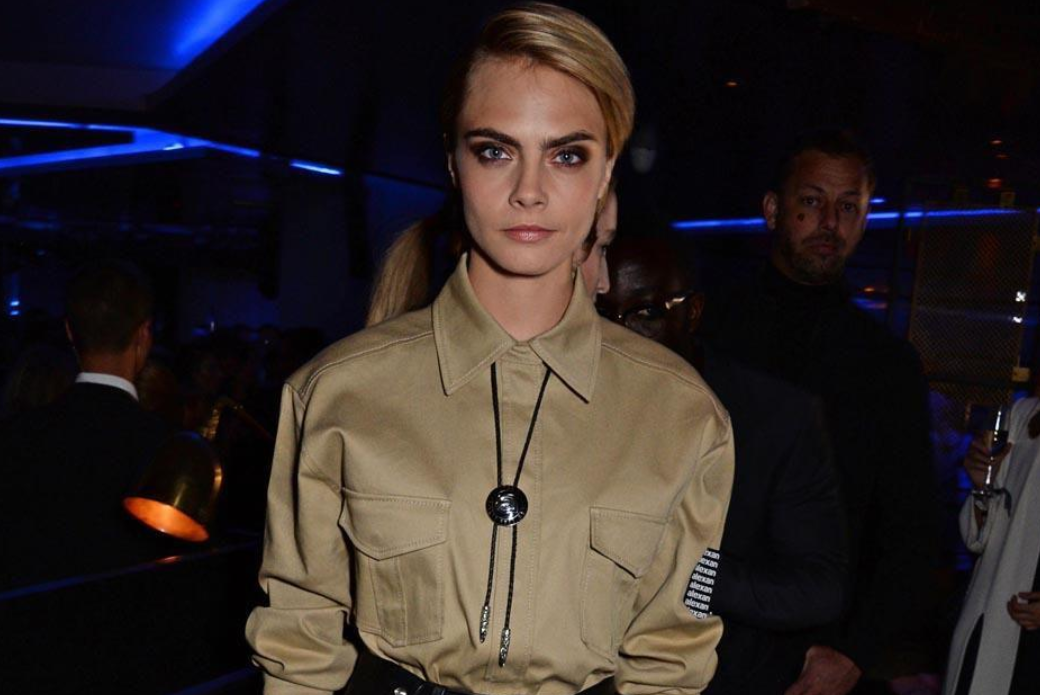 Cara Delevingne doesn't like wearing underwear.
The 27-year-old model-and-actress - who is dating Ashley Benson - can remember buying some "really cheesy" cartoon-print pants when she was younger but she's not really a fan of wearing anything under her clothes.
She said: "The first pair of underwear I bought was really cheesy Disney underwear. But I don't really like wearing underwear."
Earlier this week, Cara walked the runway at Rihanna's Savage x Fenty show and though she and the 'Work' hitmaker are good friends now, she admitted she was starstruck when they first met and left speechless when the 31-year-old singer complimented her on their second meeting.
She told People magazine: "The second time we met, I was sitting in the audience and a bodyguard came and [brought] me [to her].
"She opened the door and she was like 'You are a rock star.' I looked behind me and was like 'Wait me? That's weird because you're the one who's the rock star.'
"Rihanna has always been so lovely and such a good friend. I am awe of her and just so proud."
The 'Carnival Row' star had a great time working on the show and admitted it was very "different" to other catwalk presentations she's been involved in over the years.
She said: "Everyone looked so gorgeous and was lifting each other up.
"It's so inclusive and is such wonderful feeling backstage. There's so much love involved. The way she makes people feel about music is special and loved, and that's exactly what she's doing with the show. It's different. I've never seen anything like this."
While Cara felt at ease working with Rihanna, she previously admitted she was intimidated when she starred alongside Kate Moss in her first Burberry campaign in 2014.
She said: "One of the best and worst moments was shooting my first Burberry campaign with Kate. It was terrifying! How do you get your photo taken next to her? It's like shooting with a panther.
"She's the queen of the set but also she might eat me. I was in awe, but trying to get the shot. Every time I was on set, I'd be staring at her instead of looking at the camera."