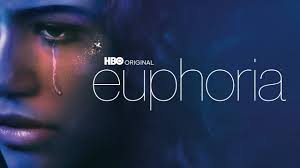 As the new face of Shiseido, the actor and model opened up about all things beauty.
HBO's Euphoria became an instant hit for many reasons. Its cast (starring, among others, Zendaya and Hunter Schafer), its plot, and its touching characters are only a few that come to mind. But, of course, we can't forget about the influence the show has had on the world of beauty.
Since its premiere, the show has inspired numerous makeup trends and now, Hunter is taking that to the next level. As noted by Vogue, Hunter has joined forces with Japanese beauty brand Shiseido as Global Makeup Ambassador. Her new role as the face of Shiseido is truly no surprise, given the light Euphoria has shined on her beauty skills. "I still can’t believe it’s reached as far as it has," Hunter told Vogue regarding Euphoria's influence. "I mean, it’s really sweet to see kids seeing themselves in these characters and being able to try that on. I also just think, as a whole, Euphoria approaches makeup with a creativity that I hope is encouraging of its audience to just do whatever they want, because that’s kind of all we did for the show. We were like, 'Let’s do whatever, let’s have fun with it!'"
Hunter also went on to chat about her personal relationship with makeup, saying, "I definitely began experimenting with makeup sort of in secret, like stealing my sister’s stuff and doing it behind closed doors in my bedroom just to see how it felt and see how it looked. And then it moved into like sneaking it to school and putting it on, like, in the bathroom once I got to school and then taking it off before my parents picked me up. And then, you know, in high school I got more comfortable with it and was at a different place with myself and began to kind of have more fun with it. And that’s kind of evolved into like where I’m at now, where it’s really just about making sure there’s a harmony between how I feel on the inside and making sure that’s represented on the outside."
When it comes to her go-to products, Hunter can't live without the Radiant Lifting Foundation. "[This foundation] just enables a glow to happen that I feel is just a really nice canvas to, you know, experiment with other things on top, like for squiggles or sparkles or whatever it may be." Also favorites: the Shiseido MicroLiner and ControlledChaos mascara. From acting to makeup and fashion, there's truly nothing standing in Hunter's way!